This is a new thing I’ve been working on. Mostly beginner-focused guide for beatmania IIDX (AC Bistrover and CS Infinitas) to serve as an introduction to the game. I’ve also been adding a section for DP, which — as far as I know — is the only English resource on double play, surprisingly. I’ve also collected a bunch of articles I’ve written in the past and organized them there.

I got an ASUS Xonar AE sound card recently. It’s the same one in Konami ARESPEAR gaming PCs. When you run Infinitas on these ARESPEAR PCs, they automatically use the ASIO audio driver instead of WASAPI. But with a little tweaking you can do this on any Windows PC.

I bought one of these for streaming:

It’s a good webcam, but it turns out the webcam does not remember any of the video settings (the dialog below) — this includes brightness, sharpness, auto white balance, auto focus, gain, auto exposure, etc. If you unplug your webcam and plug it back in, all of these will get reset to default! Same thing if you ever reboot your computer.

I got SP kaiden today. I wanted to jot down a few things before I forget.

I just submitted an “update” to the store which effectively pulls the app from Windows store. This applies to both desktop and phone. This was a hard decision but had to be done due to Giant Bomb’s updated policy on API usage.

This is a rough translation… but hope it helps.

TLDR of the story: you’re going around the city, visiting train stations, and helping out local business so you can make the ultimate parfait. Seriously.

Each station has one ingredient that you need in order to complete the story mode. The overworld map is a single “line” of subway line – you start in the middle station, and you can move one station to the left, or to the right, after each credit. When you collect all ingredients from each station, a final station appears next to the starting point, and once you clear that final station, you see the ending for STEP UP.

It’s been a few years since the release of Windows 8, but teaching users how to use the edgy swipe is still difficult.

When I was first designing it, I added the search box to the top right because context-sensitive search charm is perhaps the most difficult to grasp for new users. This works really well, because a text box with a magnifying glass button next to it has good affordance.

However, I was still getting questions on how to change settings in the app, such as video quality.

So – I’m giving up. Instead of trying to explain things to users unfamiliar with edge swipes, I’ll be adding a “Gear” icon and “More” icon to Windows version of my Giant Bomb app:

Here is how you invoke a Settings pane (MSDN):

Here is how you open the nav bar (MSDN).

App bar is practically the same as nav bar (MSDN).

I noticed that this also helps with Windows 10 because edge swipes are gone.

Please note that this page was migrated from an old Wordpress site; some of the formatting might be messy, and some images have degraded quality and resolution.

pastry is a Pastebin client for Windows 8.1. 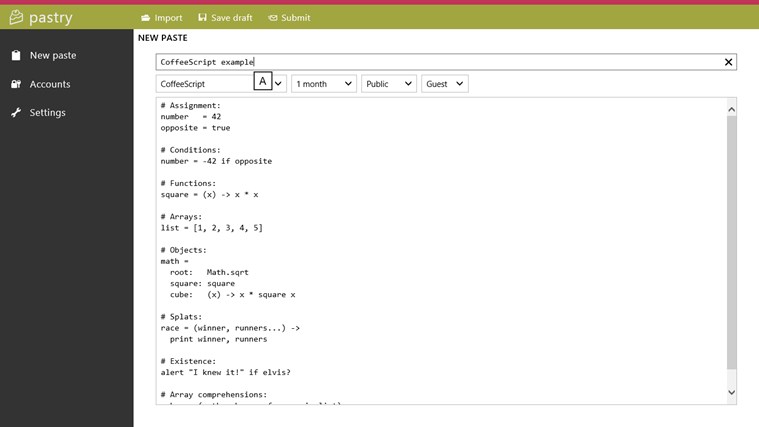 This was a weekend project, and also an exercise in alternative UI that is optimized for mouse + keyboard usage, while being usable with just touch as well!

pastry is a Pastebin client for Windows 8.1. 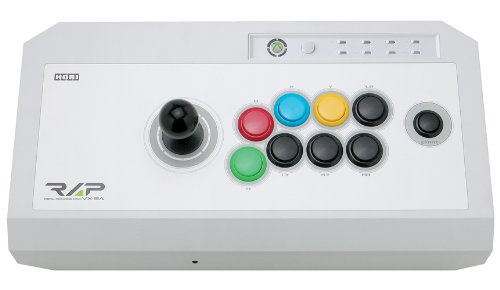 Before I begin, it’s probably worth mentioning while I’m a Microsoft employee, this is a personal blog.

You might have noticed that OneNote notebooks stored on SkyDrive or SkyDrive Pro tends to sync down to your computer as “Internet Shortcut”. It’s basically a short cut to the URL somewhere on skydrive.com.

You’re probably asking why – it’s because OneNote already knows how to talk over SkyDrive / SkyDrive Pro more efficiently than doing it over file-based synchronization.

Well that’s fine, until you have this problem: you have a personal requirement to always have local copies of cloud-backed services! You can easily accomplish this (for any file-based cloud syncing service, like Dropbox) by having your sync folder added to your Document Library, and having File History back these up to an external drive. However, backing up a shortcut to URL isn’t really that useful.

This was actually released to the store about a month ago, I just forgot to put up an entry for it.

It was yet another weekend project that took slightly longer than a weekend. 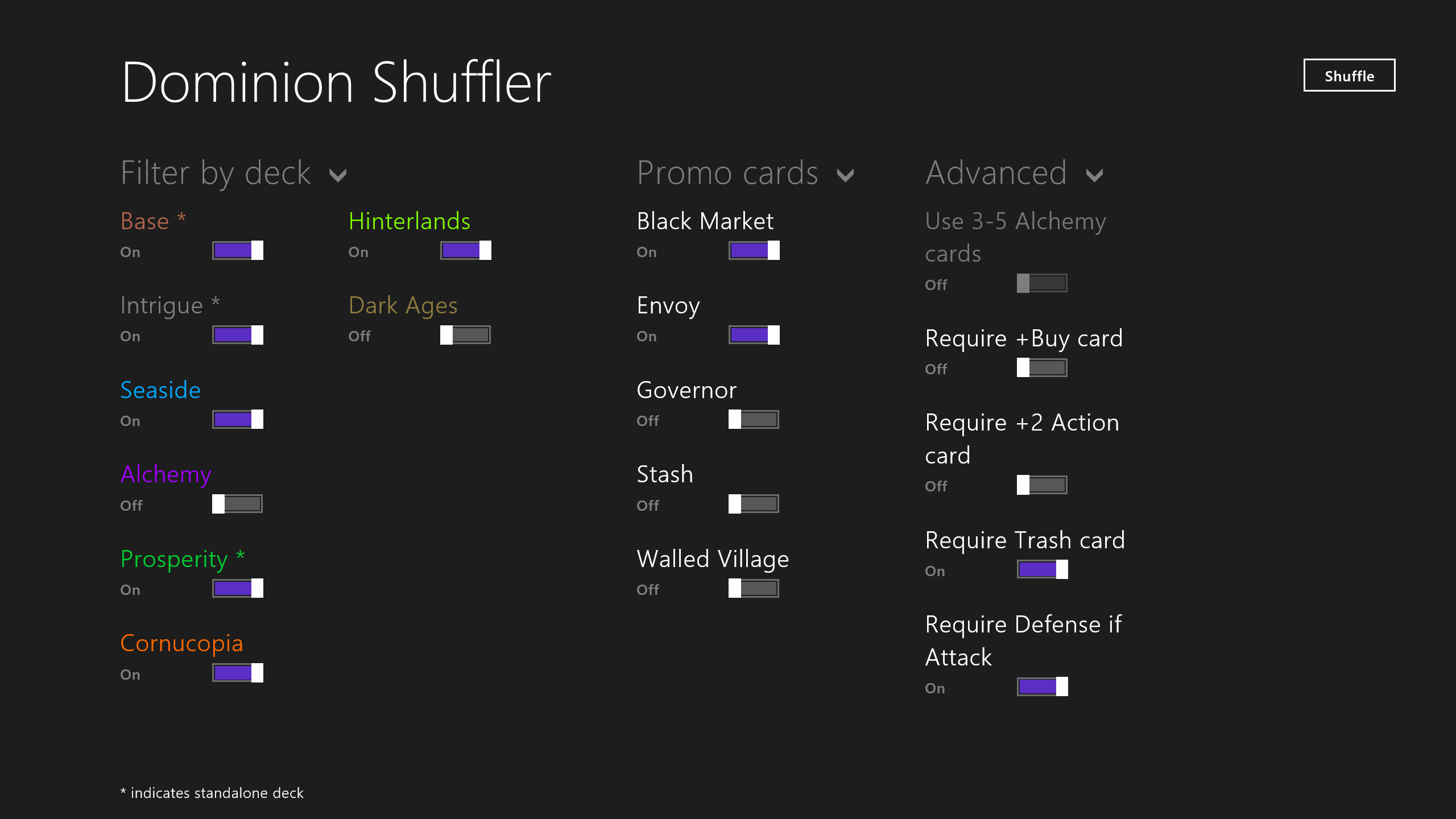 I saw a few videos on YouTube of people playing Tetris Grand Master 2 and Pop’n Music at Full Tilt Ice Cream in Ballard, WA. So I decided to go there to check it out today. 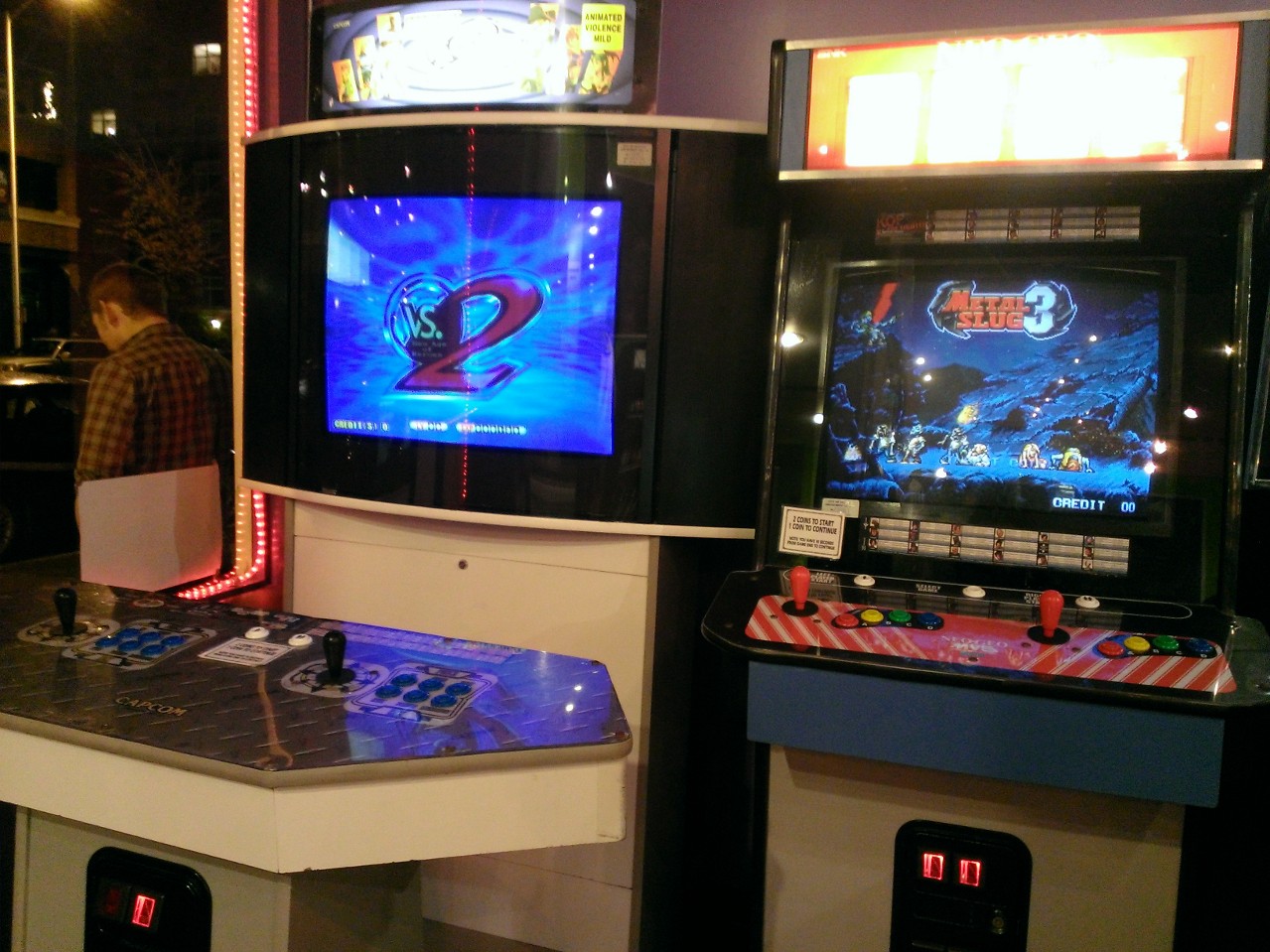 Here’s some useless trivia for Pump It Up.

Pump It Up, a DDR clone by Korean company Andamiro, was released in October 1999. Couple months later in December, Andamiro released a 2nd version, Pump It Up: The 2nd Dance Floor. The sequel contained a hidden song called Extravaganza.

After several months in Canada, I’m back in Seattle. I searched a lot to find out how Gameworks has changed since last year, but I found nothing, so here’s a post after a visit so people can find their way through search engines. This post is about Gameworks in downtown Seattle, WA.

I just wanted to comment on every single course I’ve taken so far in Computer Engineering. I’ve been asked by some people – a few in high school coming into ECE, and a few friends not in ECE, regarding how I feel about my university career.

Note that the ECE curriculum has drastically changed since 2010, so don’t expect the identical courses in this order. There were a lot of shuffling the order of the courses for the first two years, introduction of new courses in 1A 1B, and ECE 100 has been split into two.

Link to the old Wordpress site: